This afternoon, on the 35th day of the partial shutdown of the federal government, it was announced that a deal between the White House and Capitol Hill has been reached to re-open the federal government under a continuing resolution (CR) for three weeks (through February 15).  It is being widely reported that the deal will not include additional funds for a border wall, but will include conference instructions to tee up negotiations on the Homeland Security bill.  The House and Senate are likely to vote relatively quickly with the Senate expected to vote first on the package.

The Senate failed to advance, 50-47, the End the Shutdown and Secure the Border Act, a package that included the remaining seven FY19 spending bills, $5.7 billion for the border wall, a disaster supplemental, and several immigration reforms. The legislation reflected the proposal outlined by President Trump last weekend. Following that vote, the Senate failed to advance, 52-44, a Democratic measure already passed by the House that would re-open federal agencies until February 8 and addadditional money for disaster assistance, while providing no funding for a border wall. Six Republicans supported the Democratic bill, including Senators Alexander (R-TN), Collins (R-ME), Gardner (R-CO), Isakson (R-GA), Murkowski (R-AK) and Romney (R-UT). Both plans needed 60 votes to advance. These votes are the first ones the Senate has taken on funding the government since the start of the shutdown.

This week, the House also continued their push to re-open the government, approving a six-bill appropriations package as well as a short-term Continuing Resolution for the Department of Homeland Security this week. Since the start of the 116th Congress, the House has passed 10 spending bills aimed at reopening the federal government. The bills are opposed by the White House as they do not include funds for the southern border wall.

House Democrats postponed plans to unveil a proposal today for securing the border without erecting new barriers. Homeland Security Committee Chairman Bennie Thompson (D-MS) said Thursday he expected the proposal to call for more than $5.7 billion in spending on technology, personnel and other aspects of security.

On Wednesday, the White House held a roundtable on “surprise medical billing.”  At the event, which featured patients who had received unexpected large medical bills, Trump pledged, “We’re going to stop all of it, and it’s very important to me.”  A transcript of the President’s remarks along with remarks made by Health and Human Services (HHS) Secretary Azar and Department of Labor (DOL) Secretary Acosta is available here.

On Capitol Hill, the new Chairman of the Ways and Means Health Subcommittee Lloyd Doggett (D-TX) and Senators Cassidy (R-LA) and Hassan (D-NH), both members of the Senate Finance and Health, Education, Labor and Pensions (HELP) Committees, have bills to address the practice.

The Brookings Institute released a brief in December that examined options under DOL’s jurisdiction to address the problem, which include:

The following upcoming health care hearings of note have been noticed as of press time:

On Tuesday, FDA Administrator Scott Gottlieb announced the final guidance of FDA’s 510k Program.  Under the new guidance, medical device manufacturers may voluntarily demonstrate to FDA the substantial equivalence of premarket notification.  Instead of the existing premarket approval, device makers may use the “Safety and Performance Based Pathway” to demonstrate that a new device meets FDA-identified performance criteria. FDA claims the new guidance will improve FDA’s approach to moderate-risk devices by allowing manufacturers to use objective performance criteria to demonstrate the safety of new products. FDA estimates the resulting changes will expedite the clearance of thousands of devices annually.  Public comment on this matter can be made here.

On Tuesday, the White House announced Joe Grogan to be head of the White House Domestic Policy Council.  Grogan had previously been the senior healthcare advisor at the Office of Management and Budget, and worked extensively with HHS Secretary Alex Azar, CMS Administrator Seema Verma, and FDA Administrator Scott Gottlieb.  Through the appointment of Grogan, the White House is indicating their desire to reaffirm conservative health care policy as a critical component of the Trump domestic agenda.  In the coming year, Grogan will be tasked to help lead White House efforts on drug pricing and regulatory reforms under HHS. 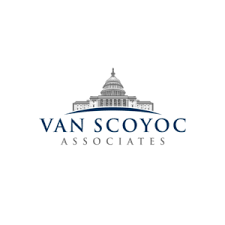