Brentwood, TN (March 16, 2022) – The College on Problems of Drug Dependence is pleased to announce the election of the 2022-2023 President-Elect and new Board of Directors members.

Elected to the position of President-Elect is Deborah Hasin, PhD. Dr. Hasin will assume the role during the 2022 Annual Meeting and will serve as the President of CPDD from 2023-2024 and Past President from 2024-2025.

Joining the Board of Directors are Francesca Filbey, PhD, Cassandra Gipson-Reichardt, PhD, Silvia Martins, MD, and Angela Moreland, PhD. The new Board of Directors members will start their four-year term at the conclusion of the 2022 Annual Meeting and serve through 2026.

Please find a short bio sketch of the new President-Elect and newly elected Board of Directors members below. 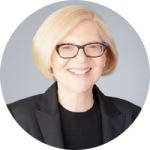 Deborah Hasin, PhD, Columbia University
Dr. Hasin is Professor of Epidemiology (in Psychiatry) at Columbia University in New York City, where she received her Ph.D. in epidemiology. Her current research focuses on the epidemiology of substance use and substance use disorders, and factors affecting time trends, especially in cannabis use and cannabis use disorders. She also focuses on definitions and measurement of substance use disorders, including DSM-5 and DSM-5-TR, on validly defining remissions, and on better measures of cannabis use. Dr. Hasin has produced over 450 publications, including widely-cited papers in JAMA Psychiatry and American Journal of Psychiatry, and she has been PI on many NIH, foundation and industry-funded studies. She has been the director of the NIDA-funded Substance Abuse Epidemiology Training Program (SAETP) at Columbia University since its founding in 2012, and she has mentored many successful pre- and post-doctoral fellows and K awardees. Dr. Hasin was also President of the American Psychopathological Association in 2019-2020. Dr. Hasin has been a member of CPDD since 2002, and she and her mentees have presented every year since then. Dr. Hasin served CPDD as Associate Editor of Drug and Alcohol Dependence (DAD), CPDD’s sponsored journal, from 2007-2015, handling the review of nearly 1,000 manuscripts. Since 2015, Dr. Hasin has remained on the DAD Editorial Board. Dr. Hasin previously served CPDD as a member of the Awards Committee, the Program Committee, the Publications Committee and the International Committee. She currently serves on the CPDD Board of Directors. Dr. Hasin is firmly committed to furthering the CPDD mission by promoting excellence in research on substance use and substance use disorders, by fostering tdevelopment of a broad, diverse range of scientists and their inclusion in CPDD activities, and by educating clinicians, policymakers and the public about research findings from our field, all in the service of reducing the human suffering from substance use and its associated consequences. 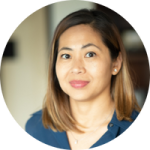 Francesca Filbey, PhD, University of Texas at Dallas
Dr. Filbey earned her PhD in Experimental Neuropsychology in 2002 from the Institute of Psychiatry, King’s College London followed by post-doctoral fellowships in human neuroimaging at NIMH and the University of Colorado at Boulder. She held faculty positions at the Mind Research Network, the University of New Mexico and the University of Texas at Dallas where she is currently a Professor of Cognitive Neuroscience in the Department of Psychology and Bert Moore Chair in Behavioral and Brain Sciences. She is also an Adjunct Associate Professor in the Department of Psychiatry at the University of Texas Southwestern Medical Center. Her research focuses on identifying neural mechanisms related to substance use towards the goal of targeted approaches in prevention and intervention. Her studies on cannabis use have been continuously funded by NIDA since 2009. She was a recipient of a CPDD Travel Award in 2010 and was appointed as a CPDD Regular Member in 2014. She has served as a member of the CPDD International Committee prior to her current appointment as Committee Chair in 2019. 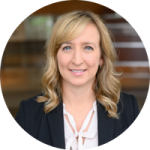 Cassandra Gipson-Reichardt, PhD, University of Kentucky
Dr. Gipson-Reichardt earned a Bachelor’s degree in Psychology from the University of California, San Diego in 2004, and a Ph.D. in Experimental Psychology from the University of Kentucky (UK) in 2010. She then completed a Post-Doctoral Fellowship in the Department of Neurosciences at the Medical University of South Carolina, where she received a K99-R00 and then transitioned to Assistant Professor in Psychology at Arizona State University. In 2020, she moved her lab to UK, where she is currently an Associate Professor in the Department of Pharmacology and Nutritional Sciences. Her research has been continuously funded since 2009, focusing on uncovering neurobehavioral mechanisms that drive drug use. Dr. Gipson-Reichardt utilizes rodent self-administration, confocal microscopy, chemogenetics, patch clamp electrophysiology, optogenetics, among others to identify novel neuroinflammatory consequences of drug use, as well as steroid hormone impacts on neurophysiology within the reward pathway. Based on her scientific contributions, Dr. Gipson-Reichardt received the CPDD Joseph Cochin Young Investigator Award in 2020. She first presented her work at the CPDD annual meeting in 2008, and has presented almost every year since then. She was appointed as a Regular Member of CPDD in 2015, and served on the Program Committee from 2017-2020. 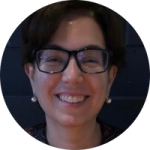 Silvia Martins, MD, Columbia University
Dr. Martins earned a MD degree from Universidade Federal do Paraná (UFPR), in Curitiba, Brazil in 1998. She completed her Psychiatry residency in the University of São Paulo (USP) in Sao Paulo, Brazil in 2001 and her Ph.D. in Clinical Psychiatry in the same institution in 2003. Following a post-doctoral fellowship in Drug Dependence Epidemiology in the Department of Mental Health at Johns Hopkins University Bloomberg School of Public Health, she became research faculty in the department in 2005. In 2012, she was appointed Associate Professor of Epidemiology at Columbia University Mailman School of Public Health where she is currently a Professor with tenure. Her research has been continuously NIH-funded since 2006. She is an expert in substance use epidemiology in the US and Latin America. Her most recent work focuses on cannabis and opioid policies and cannabis and opioid-related harm outcomes. She leads the Substance Use Epidemiology Unit in the Department of Epidemiology at Columbia University and co-leads the NIDA-funded Substance Abuse Epidemiology Program in the same institution. She has received numerous mentorship awards. Dr. Martins first presented her work at the CPDD annual meeting in 2004 and has presented ever since then. She was appointed as a Regular member in 2009 and has served in the Under-represented minority population committee, the Publications committee (which she chaired), and as a member of the Program Committee. 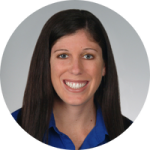 Angela Moreland, PhD, Medical University of South Carolina
Angela Moreland, Ph.D., is an Associate Professor at the National Crime Victims Research and Treatment Center (NCVC) at the Medical University of South Carolina (MUSC), Department of Psychiatry and Behavioral Sciences. She earned her Ph.D. in clinical psychology from Purdue University in 2009 and completed her pre-doctoral clinical internship and NIMH T32 post-doctoral research fellowship at the NCVC, prior to joining the faculty in 2010. Dr. Moreland’s research interests focus on primary and secondary prevention of child abuse and risk factors for maltreatment among high risk parents of young children. Dr. Moreland has been involved in several externally-funded, large-scale longitudinal projects focused on prevention, treatment, and consequences of interpersonal violence among disadvantaged populations. She completed a NIDA K12 on addressing risk factors and consequences related to opioid use among women, with particular emphasis on trauma exposure and parenting stress among opioid-using parents. Dr. Moreland has expertise in consequences, stressors, and available resources and treatments related to substance use among women, with specific expertise in opioid use disorder and medication assisted treatment among women. Dr. Moreland serves as a core member of South Carolina’s 21st Cures Initiative, to improve access to treatment for opioid use disorder in South Carolina, as well as a Co-Investigator on the NIDA Clinical Trials Network Southern Consortium Node.

On behalf of the CPDD community, please welcome the new leadership taking office at the end of the CPDD 84th Annual Scientific Meeting.

View all posts by jhoward@parthenonmgmt.net →
To End the Drug Crisis, Bring Addiction Out of the Shadows
CPDD Partners with AmazonSmile